Latest News
Home /Home/Navalny’s zugzwang for the Kremlin: Will Putin muddle along?

Pravda.Ru editor-in-chief Inna Novikova interviewed political strategist, president of the Federation for Electoral Policy Research Andrei Mironov about the latest major events in Russia associated with the trial of Alexey Navalny. Why did Navalny return to Russia? What is his strategy? Is Navalny a fighter for people or a Western protege?”The return of Alexey Navalny and all subsequent events that have been happening to him have become one of the most talked-about topics on social media. How do you think the situation may develop in the nearest future?” “One can of course admire his courageous act, because this is a very well thought out, but at the same time a very courageous step that Alexey Navalny made. Yet, as a specialist in political technologies, I approach this from the point of view of certain technologies that the team of Alexey Navalny used to achieve a particular goal.Hands down, the Navalny team won this round playing against the methodologists of the presidential administration. The authorities simply acted according to the old methodology. They follow the path of the methodists of the Communist Party of the Soviet era. Therefore, the Navalny team won this round, there are no doubts about that. “What do you think about the protest actions and the appeals from the Navalny team and from Navalny himself to young and even juvenile citizens to take part in those protests? After all, this is a clear and gross violation of the law, a provocation. Naturally, the authorities had to react.””There are political strategists, and there are methodologists. A good political strategist achieves victory through the strategy of the enemy. Methodologists work according to manuals. This is the main mistake that the authorities make. The authorities are taking the steps that political strategists calculate, and Navalny calculated that.
What is the Navalny project about?

Alexey Navalny has been working for his own name inside the country for 10 years. After his poisoning and return home from Germany, he faced a question of how to continue as a political strategist, how to enter politics.Naturally, Navalny’s return is a well-thought-out and balanced step, but he obviously needed a safety cushion. A law of political technologies says that a candidate who works to achieve his goal must have two things:
recognizability,

and capitalization of his recognizability to achieve a particular goal.

Navalny became famous while being abroad. He thus obtained a safety cushion, with which he returned to Russia. He knew perfectly well that he would be arrested. Accordingly, he took steps to make the authorities swallow the bait, and so they did. What surprises me is why the methodologists of the presidential administration played on that  option so awkwardly. Why did they have to redirect the airplane for landing? They should have let him come home to Russia quietly. On January 19, he had to speak to the PACE. Navalny would have safely flown there, and then he would have flown for Joe Biden’s inauguration. In this case, Russian methodologists could make him look like an agent, who works for the West. Instead, they decided to arrest him right at the airport while foreign reporters were filming everything on their cameras. Such a move stirred up an international scandal. The President of Finland was the first to make a call to the Kremlin, then other European officials did the same, and so on and so forth. This is how the safety cushion works. Therefore, Alexey Navalny is now practically safe, as I think. Only a madman can now harm Navalny, because sanctions will immediately follow.The resolution of the European Parliament, where 581 MPs vote in favour of the sanctions is also a part of Navalny’s safety cushion, and the Kremlin can hardly cope with such a big problem. To crown it all, Navalny has created a zugzwang situation: every next step of the authorities will be worse than the previous one. All the bans and prohibitions that the Russian authorities resort to to keep the state of affairs in the country as calm as possible work in the opposite way. The forbidden fruit is always sweet, and they can hardly stop public discontent from growing. They want to think that they try to put the flames down, but instead they add more fuel to the fire. This is a big mistake that the Russian authorities make.

Kremlin to use greater force… 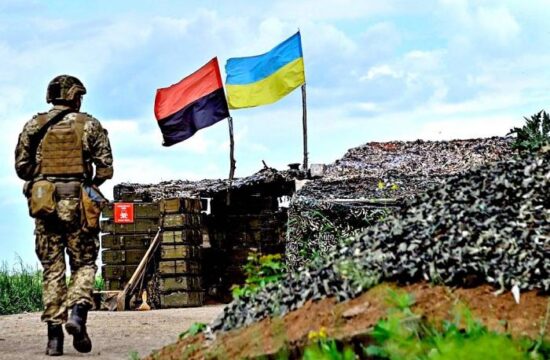 Is Russia ready to recognise…